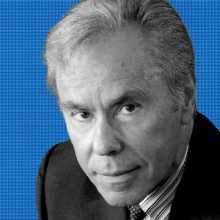 In 1977, he published one of the founding papers on distributed fault-tolerant computing. Inthe early 80’s, he published innovative results on non-blocking concurrency control indistributed databases, which work was eventually transferred to Digital Equipment Corp. Inthe mid 80’s, he co-patented a deterministic version of the Ethernet protocol, which became aFrench Navy standard.

More recently, he has been conducting research on safety and privacyissues as they arise with fully automated driving. He has published on time-bounded wirelesscommunications, distributed agreements and distributed real-time transactions in ad hocvehicular networks, based on radio or optics.

In 2012, G. Le Lann has received the Willis Lamb Prize from the French Academy ofSciences for his work applicable to defense systems.Besides its current affiliation with INRIA as Research Director Emeritus, G. Le Lannis an international consultant. He has conducted a number of audits and managed more than60 contracts in his research areas, for US, European, and French organizations or companies.